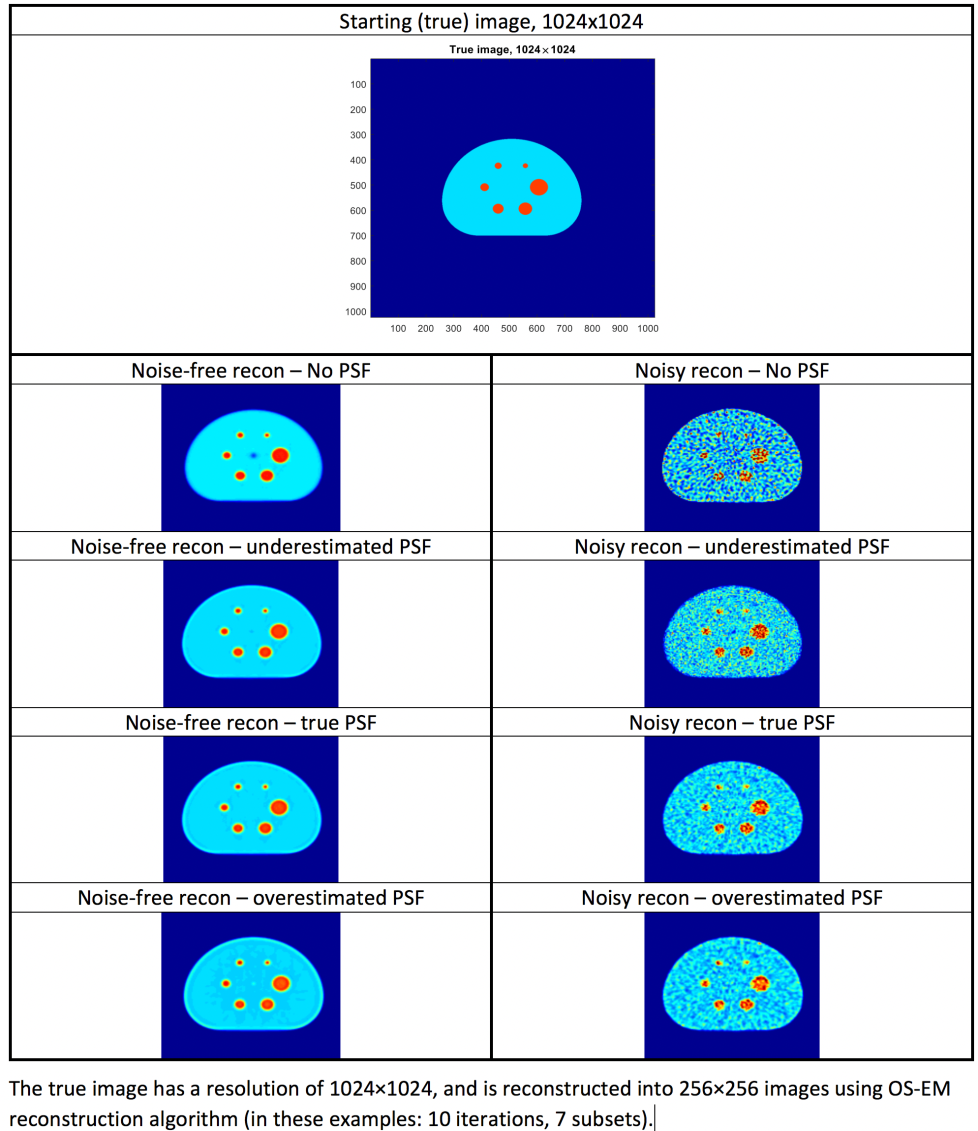 The framework models many realistic PET reconstruction processes, such as decay of radioactivity, ability to perform attenuation correction as well as detector sensitivity normalization. The framework is capable of reconstructing noisy and/or noise-free, as well as signal present/absent. For the noisy reconstruction it incorporates realistic random Poisson noise to the data to generate different noise realizations.

A single slice can be loaded as the true image. The PSF modeling has different settings including no PSF, true PSF, and our proposed generalized PSF modeling that uses under-and overestimated PSF kernels in the reconstruction as described in the paper above. The true PSF is derived analytically from modeling PET resolution degradation effects including photon non-collinearity, inter-crystal scattering and inter-crystal penetration, and is being used in the forward projection. In the reconstruction, either the true PSF can be used to model PSF reconstruction. Other PSF kernels are under- or overestimated version of this analytically derived true PSF that was used in the forward projection.

We also include our digital NEMA phantom generation code that generates a NEMA NU-2 image quality phantom according to NEMA standards to use as a true image.