The BC Cancer Center for Genetic Modeling (CGM) was initiated in 2004 as an expansion of the Terry Fox Laboratory Transgenics Core after a decade of successful operations. It is situated within the BC Cancer Research Center (BCCRC) building, which houses a 1,995 m2 rodent facility (ARC) that provides a barrier environment matching the highest standards of pathogen control for commercial facilities around the world. A biohazard Containment Level III facility, an Embryonic Stem (ES) cell lab, and mouse phenotyping suites also exist as infrastructure support for the CGM. 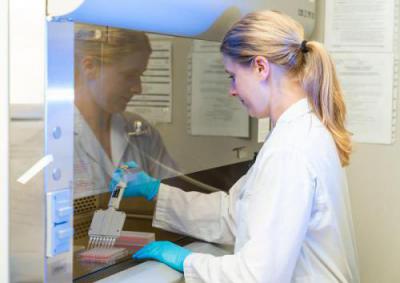 The CGM has state of the art capabilities for generating mouse mutant models through ES cell gene targeting and pronuclear microinjection of mouse zygotes.  In addition the CGM provides services for cryo-preservation and mouse re-derivation, and has an ES cell core that can derive and manipulate various strains of ES cells.  The CGM also has a mandate to develop or bring in new platform technologies to make the generation of mouse mutants quicker and easier as well as to develop technologies to further facilitate mouse embryo manipulations.

The CGM can provide the following on a fee-for-service basis: