​By donating their cells, and those cells’ genomes, to researchers at BC Cancer, 158 BC Cancer patients have helped to uncover new insights into a dangerous subset of triple-negative breast cancer and high-grade serous ovarian cancers.

More than 35,000 single-cell genomes from tumour samples were sequenced by researchers at the Aparicio Lab at BCCRI in collaboration with researchers at Memorial Sloan Kettering Cancer Centre. Patient biopsies were transplanted into animal models, allowing researchers to observe the evolution of the transplanted tumours. 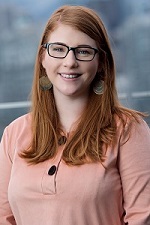 “Sequencing the individual genomes of the tumour cells allows critical differences to be studied. The genetic differences between the cells of a tumour can lead to differences in cancer progression and, ultimately, patient responses to therapy,” says Dr. Ciara O’Flanagan, a research associate at the Aparicio Lab and one of the lead authors of the study.

By examining the genomes of individual cells, researchers were able to identify important new mutational processes that were found to occur more frequently in particularly deadly subsets of breast and ovarian cancers. These processes contribute to instability within the genomes of cells, including the accumulation of several copies of genes and the gradual gain or loss of regions of DNA. These striking mutational processes lend the genomes of the cells a ‘serrated’ appearance. This behaviour has never been observed before in patient samples.

“These 'serrated' regions are especially prevalent in a subset of ovarian and breast cancers associated with poor survival,” says Dr. O’Flanagan. “This discovery has important implications for understanding the evolution and treatment of these aggressive cancers.” 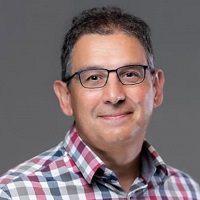 “By catching structural mutations of the genome that underpin cancer evolution as they occur at the time of cell division, we have shed light on how resistance to cancer treatment develops” says Dr. Samuel Aparicio, distinguished scientist, department head of Molecular Oncology and breast cancer chair at the BC Cancer Research Institute and professor in the Department of Pathology and Laboratory Medicine at UBC.

The study results, which were conducted at BC Cancer and in collaboration with researchers at Memorial Sloan Kettering Cancer Centre, were published in Nature.

This research was made possible in part through generous donor support from the BC Cancer Foundation.